Kenya is situated on the eastern coast of Africa, set astride the Equator and bisected from North to South by the Great Rift Valley. It covers a total area of 580,530 square Kilometres, including 13,395 sq. km of inland water. Its Indian Ocean coastline stretches for 480 km. Nairobi, the capital of the country, is a colourful striking city 500 km inland from Mombasa, the major port on the Indian Ocean.

Official languages are Swahili and English. With an estimated population of more than 52 million people, the country gained full independence on 12th December 1963 and was admitted to the United Nations four days later. In 1964, the country became a sovereign republic within the Commonwealth, with Mzee Jomo Kenyatta as its first president.

For the traveller, Kenya is an enchanting country because few places in the world can better its varied touristic attractions. The overwhelming appeal of the wildlife sanctuaries, glorious beaches, breath-taking scenery in a vast and unspoilt land, an almost perfect climate, sophisticated accommodation and a hospitable happy people. Kenya contains almost every known land form from true glacial ice to arid desert, mountain massifs to rich savannahs, large lakes and dense forest: Mount Kenya (5,199 m.) with its breathless snow-capped peaks stands sentinel above rolling grassland plains and the fascinating semi-deserts are much further to the North; Lake Victoria, the first lake to be discovered (and the largest) in Africa; Lake Turkana now known as the Cradle of Man kind; the Indian Ocean coast, a place of white sandy beaches turquoise seas and archaeological antiquities.

Above all are the wildlife sanctuaries: the 25 National Parks, devoted to the absolute protection of the indigenous flora and fauna; the 29 National Reserves, where wildlife coexist from time immemorial in perfect harmony with the pastoral nomadic tribes … These wild and lovely places vary in the abundance and variety of their animals, in scenery, in climate and altitude; from the famous savannah of Maasai Mara to the ornithological paradise of Lake Nakuru.

Variations in altitude and terrain create contrasts in the climate: from the hot and humid coast to the fresh, sometimes frosty mornings of the central highlands and the dry burning heat of the northern desert; however, overall, it is seldom harsh, neither too hot nor too cold with long sun filled days. In almost every part of Kenya there are hotels which hold their own with any in the world. Some are architectural masterpieces; some are tented camps, true luxury in the bush. All have one common aim, to offer the best in comfort, quality and service in true safari style. 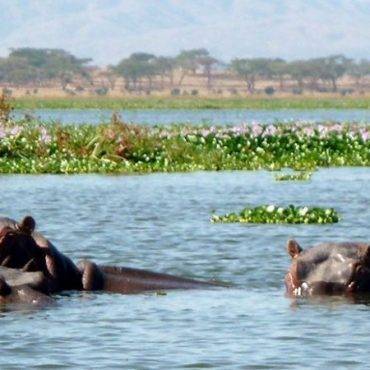 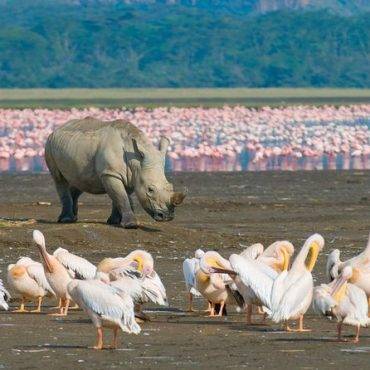 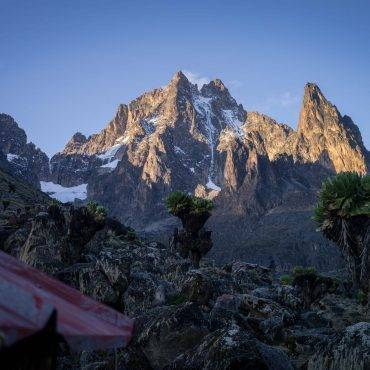 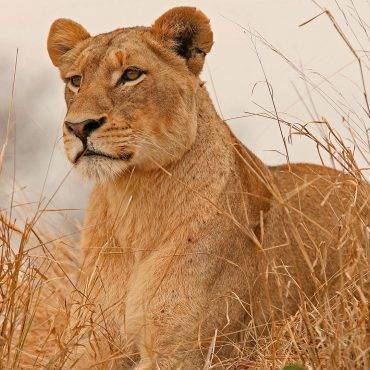